I Walked Across Singapore! 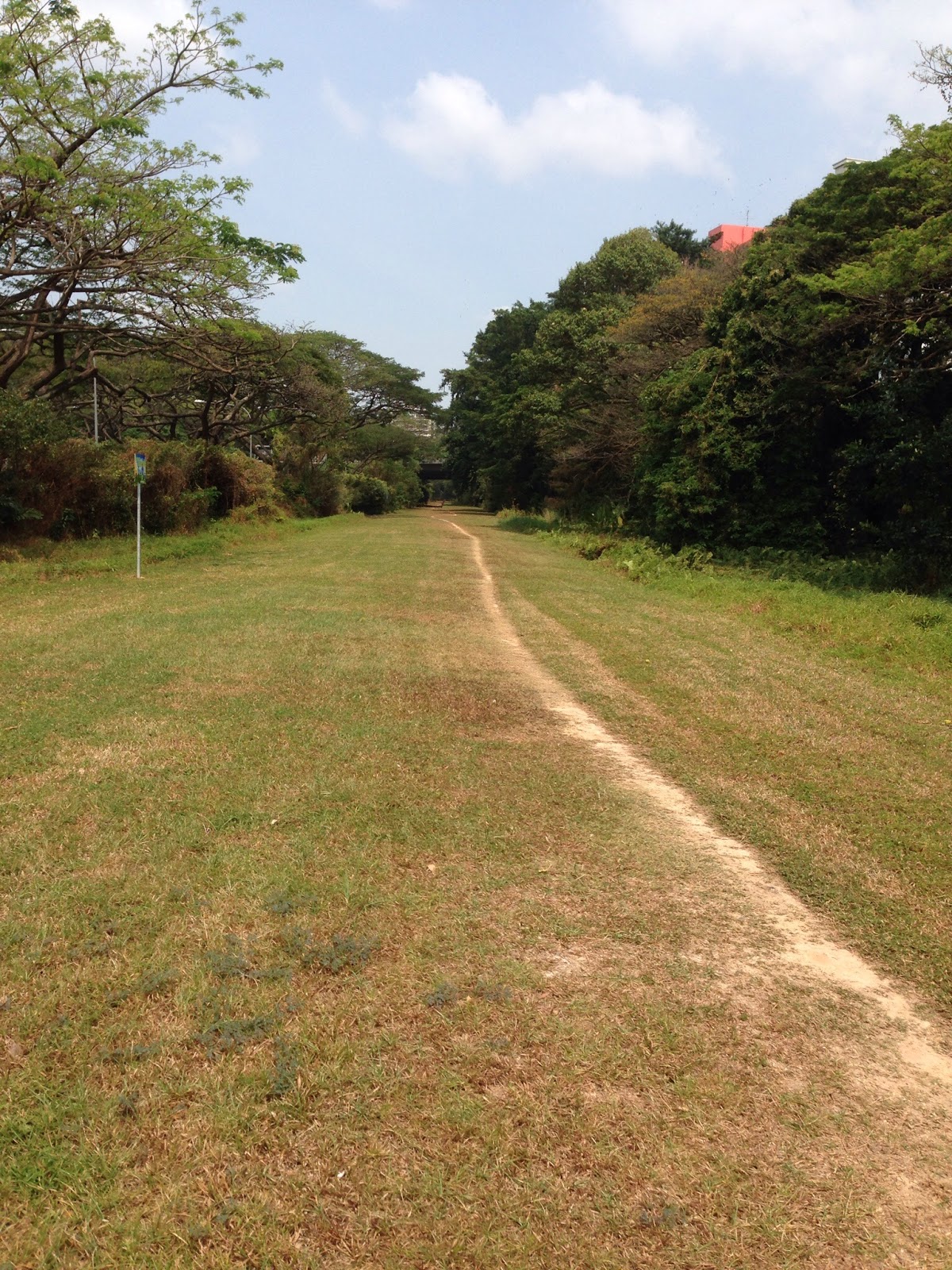 There used to be a north/south bound railroad in Singapore that stretched 26 kilometers from Kepple Bay to Woodlands. Most of the tracks have been removed but a path has been preserved and is now called the Green Corridor or the Greenway. There is a lot of internet info on the wonderful web site www.thegreencorridor.org 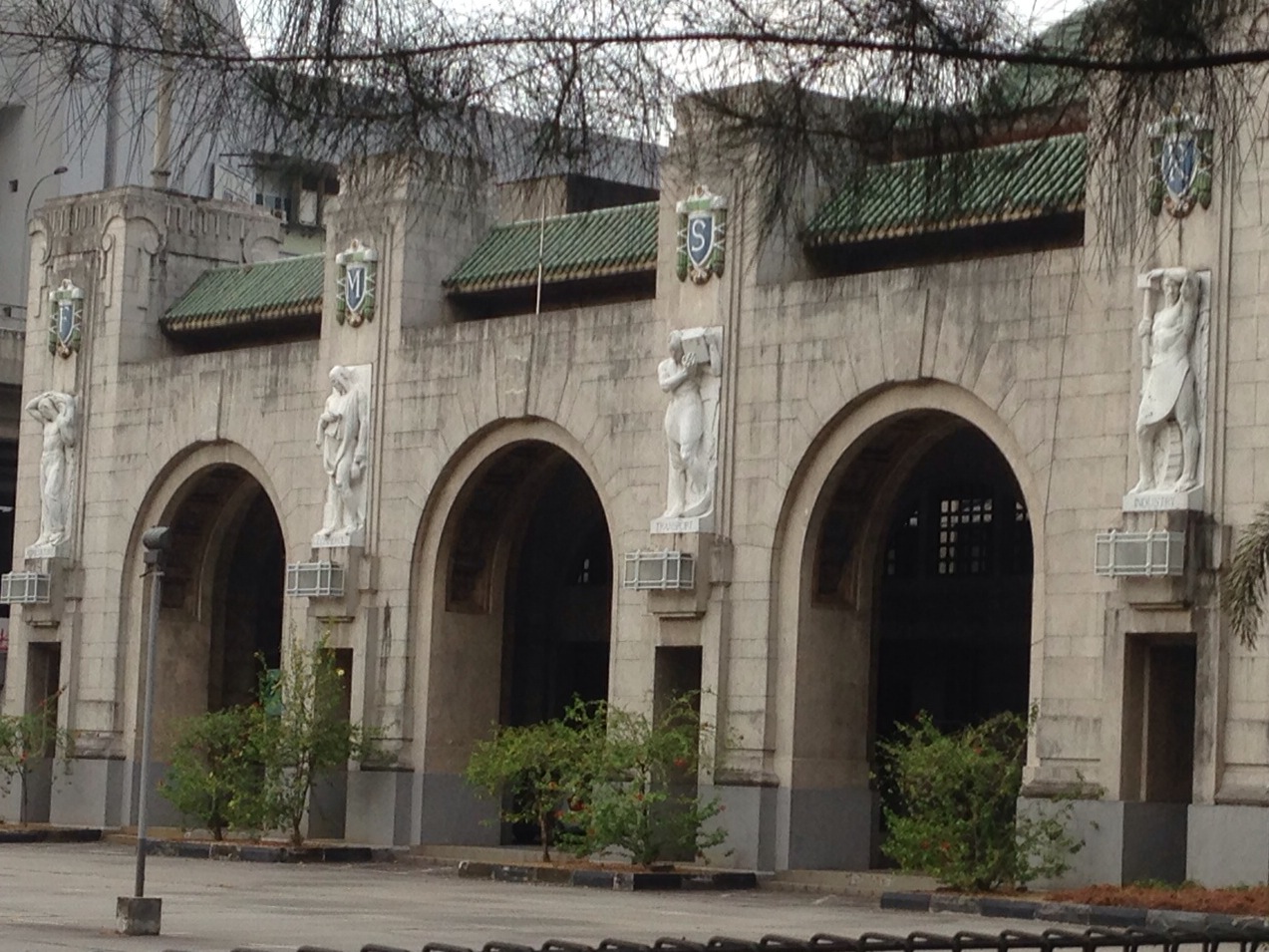 As you know, I am known as Singapore Kitty and I regularly sneak out of my parents condo to explore the "Red Dot." Early one morning I jumped off a bus in the Kepple Bay Area at a fenced in, beautiful building that had four huge, marvelous statues in front of it. At one time this had been the main train station. The four statues depict commerce, agriculture, industry, and transportation. I walked around the building and saw the original boarding deck where I could imagine lots of people once started their journey across Singapore and on into Malaysia. As there is no longer an active train, there was nothing for me to sneak on to and ride so I just started walking along the trackless path to see where it would lead me. 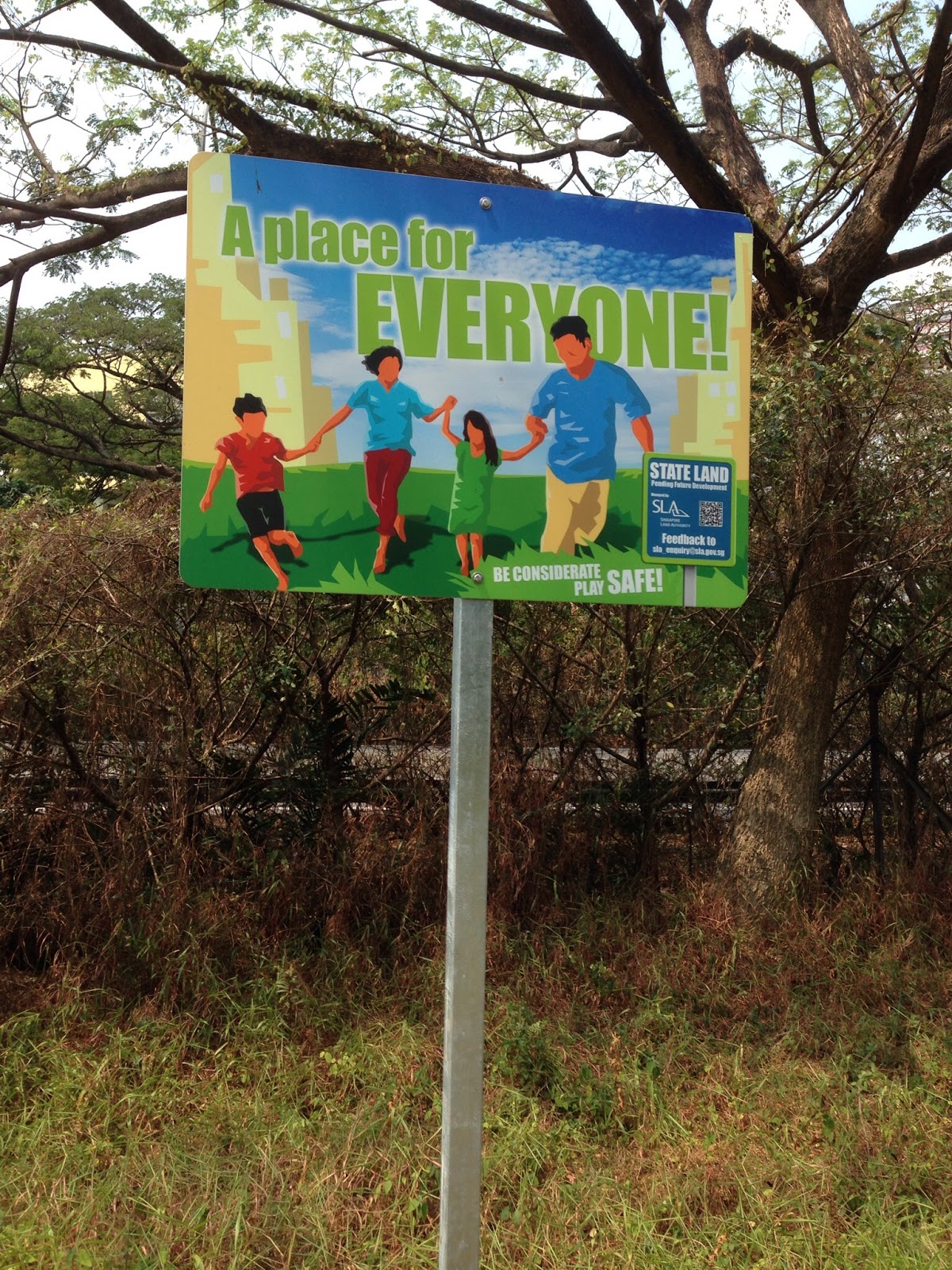 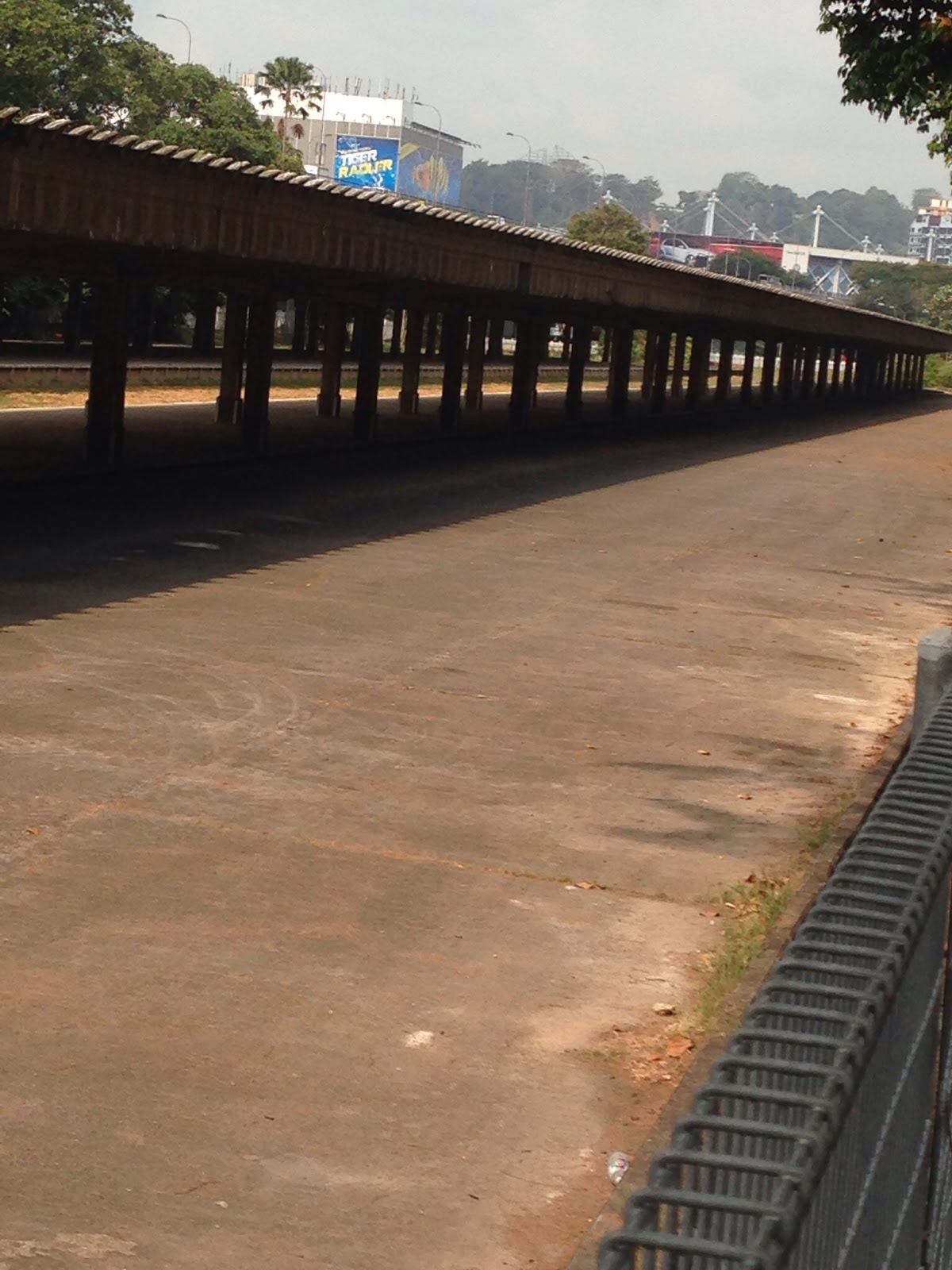 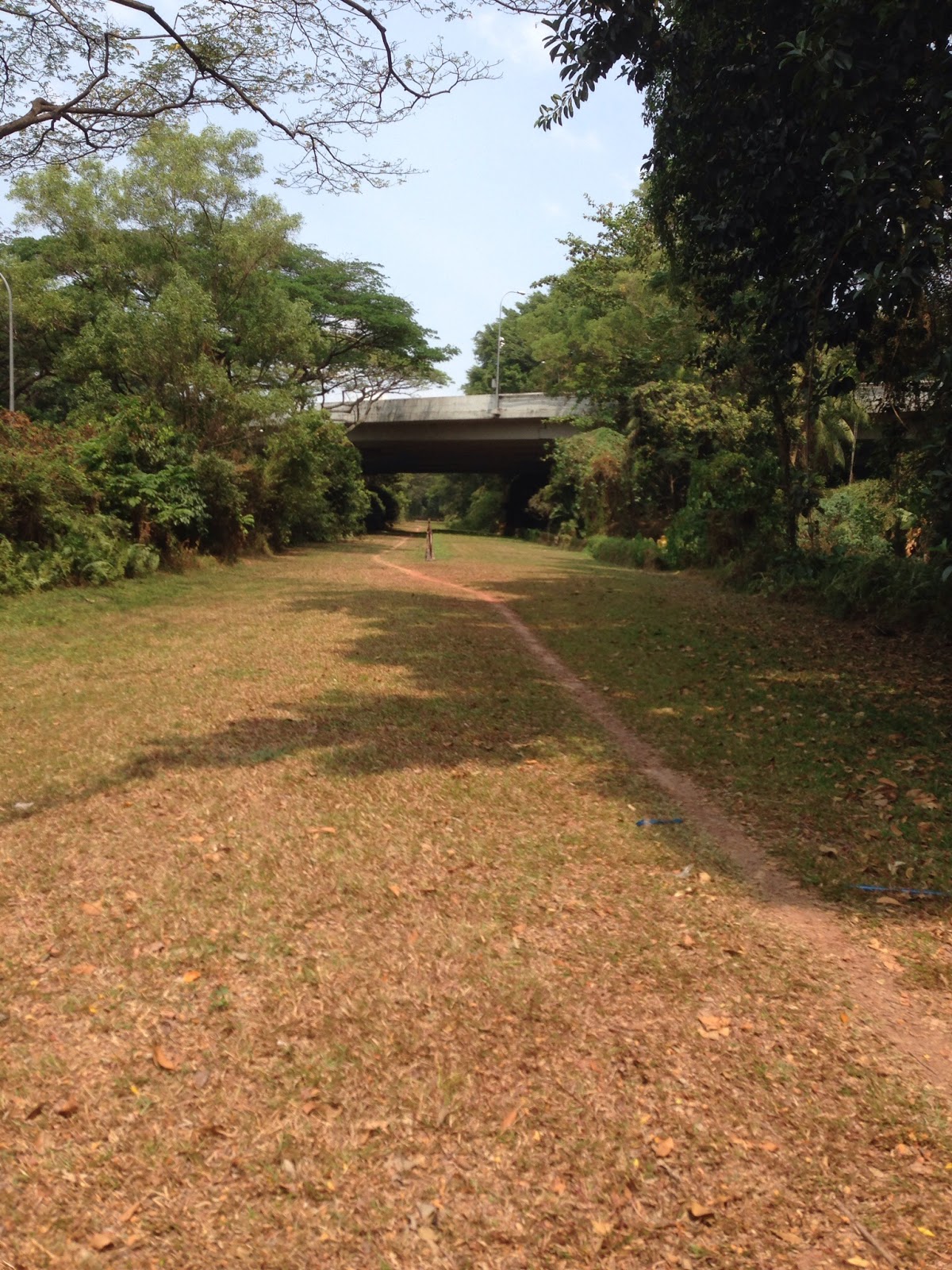 As I walked along the path I ran into a few joggers, walkers, and bikers but not many. It was mostly a peaceful nature stroll lined with lots of greenery and wildlife. I spotted some small snakes, monitor lizards, monkeys, birds (my favorite was a bright blue King Fisher), butterflies and colorful dragon flies. 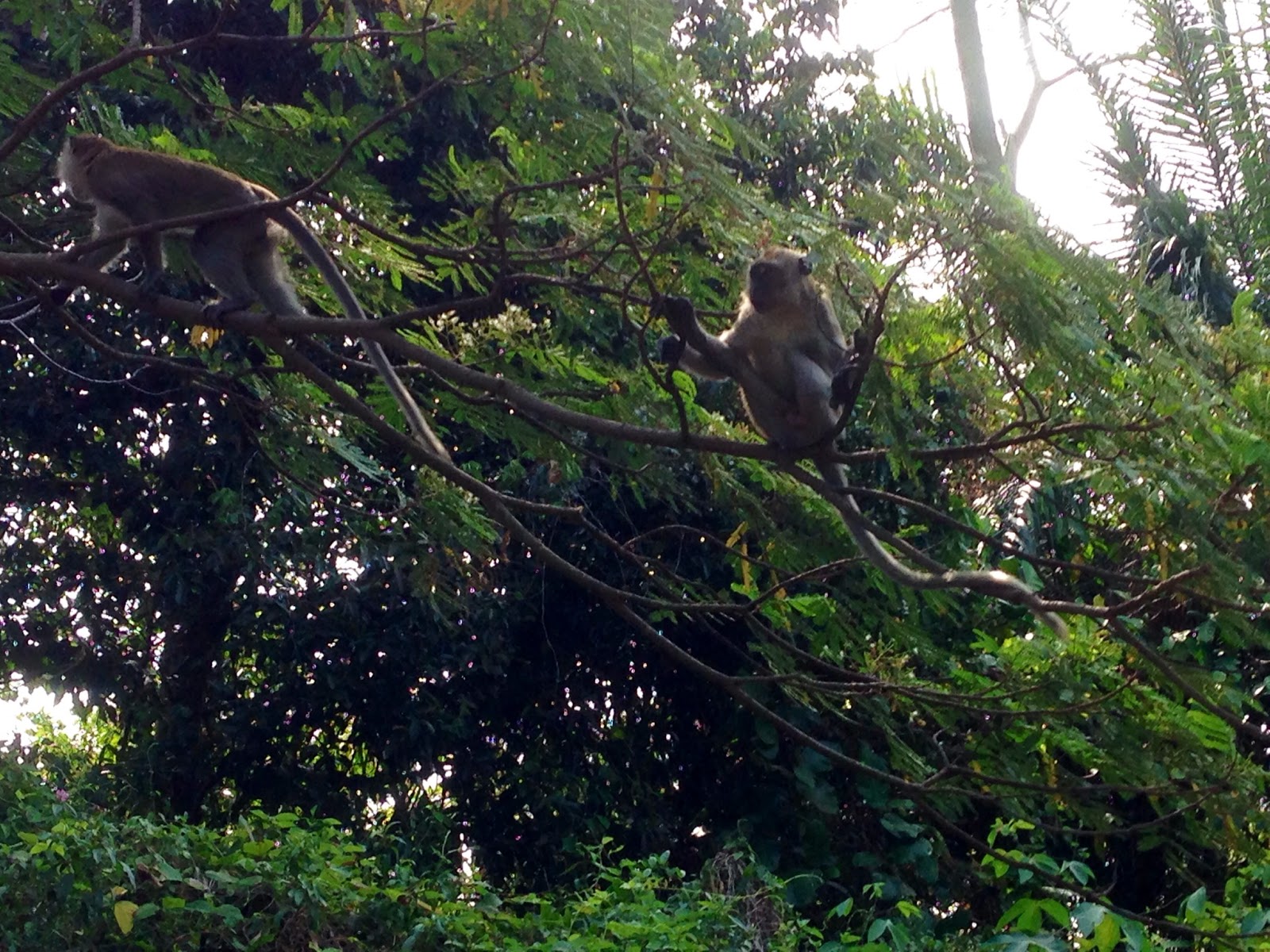 After a while I came up to the abandoned Bukit Timah station. It was fenced in to keep people out but the old sign was still up. There was also some track in place that had not been removed. 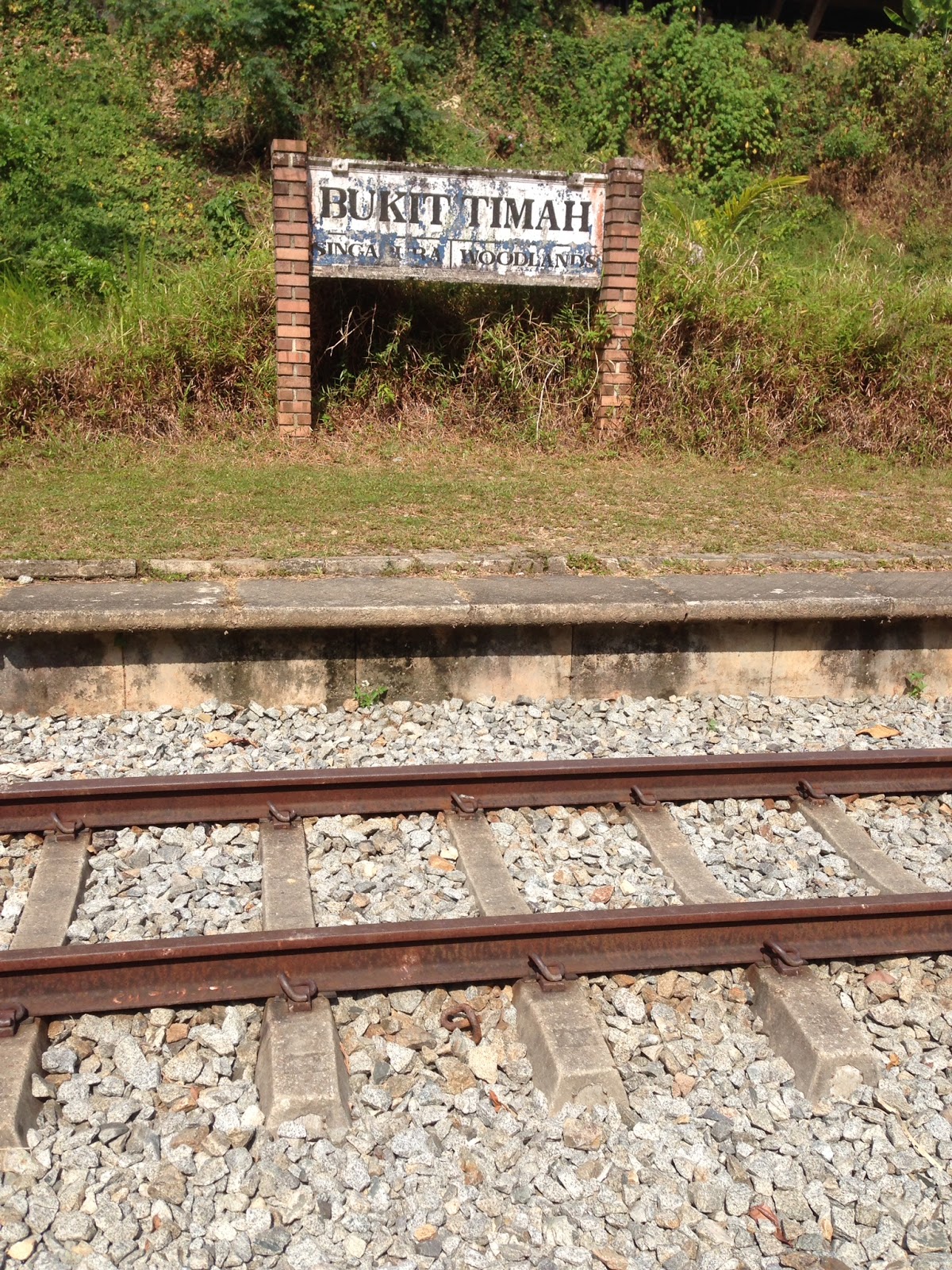 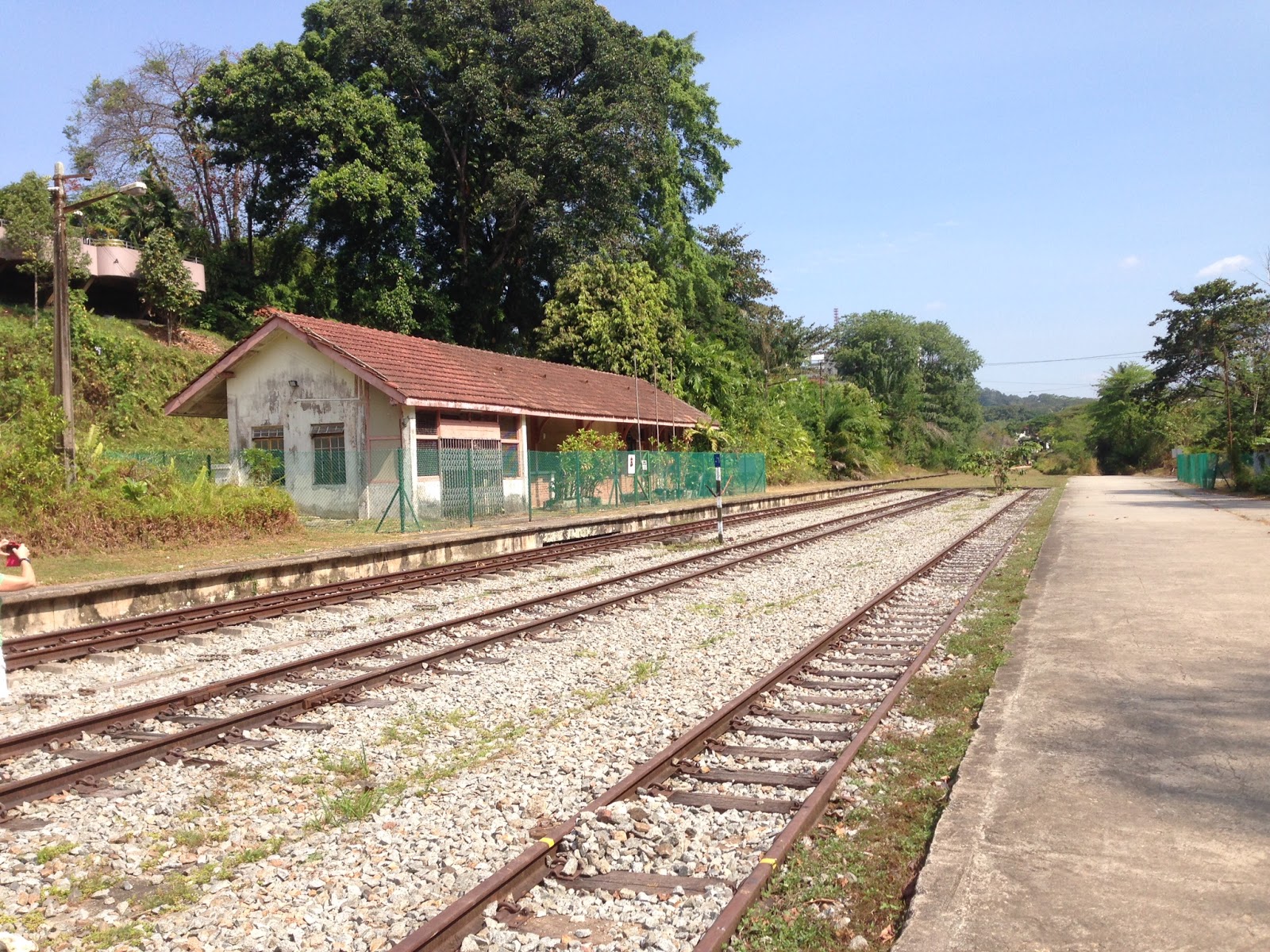 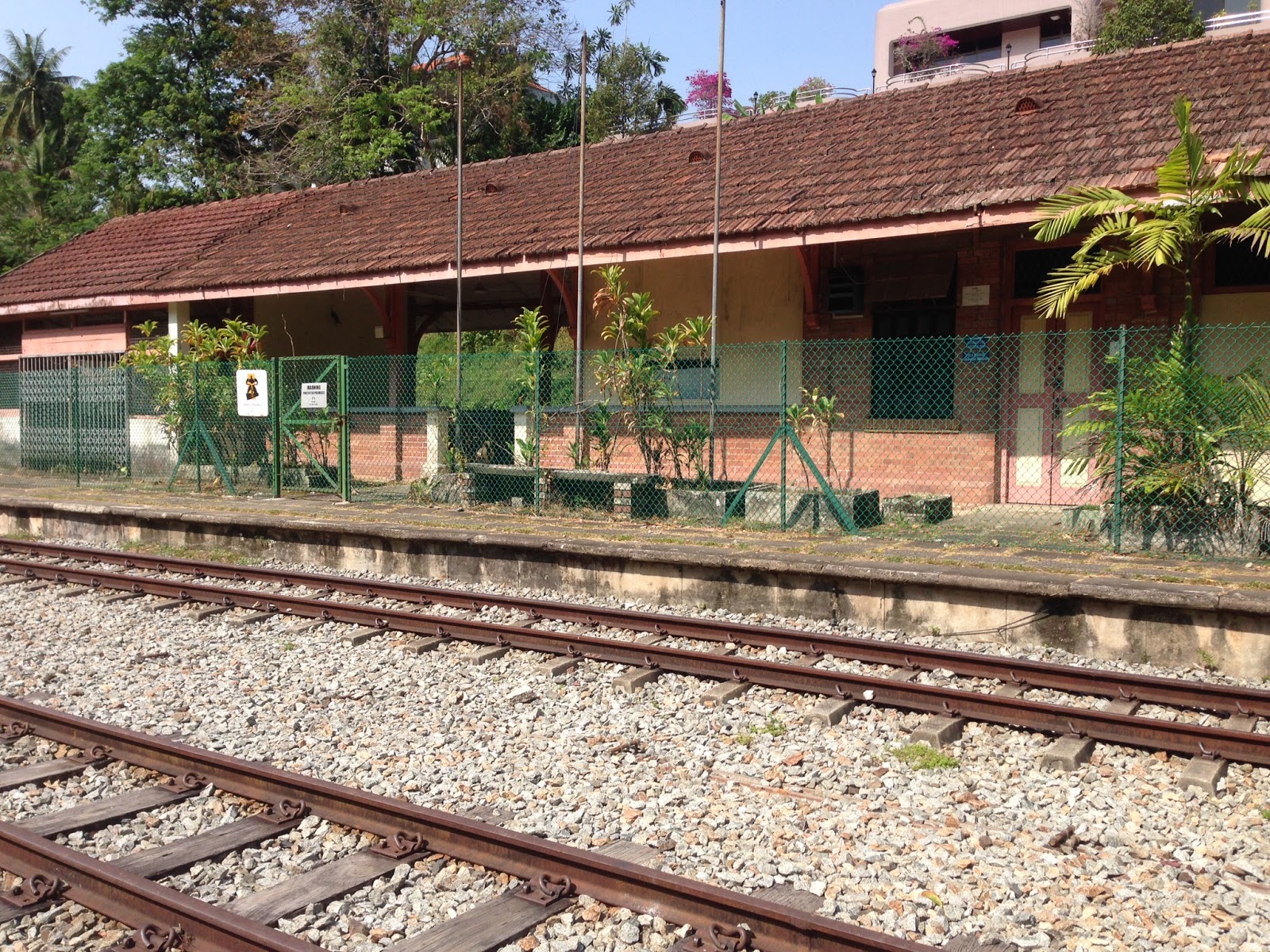 Next stop was a cast iron bridge which crossed  Bukit Timah-Dunearn Road. Some track remains here as well. 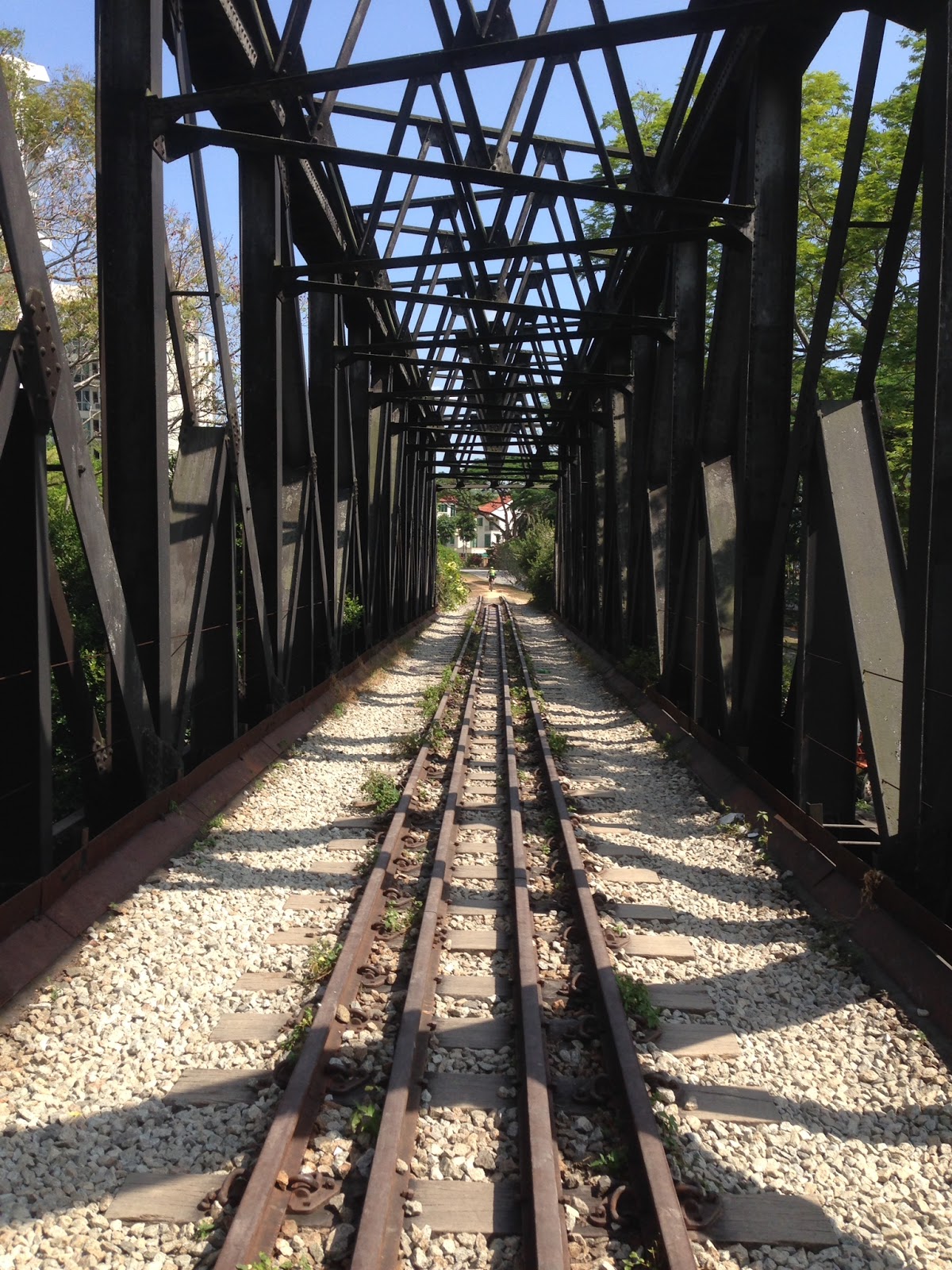 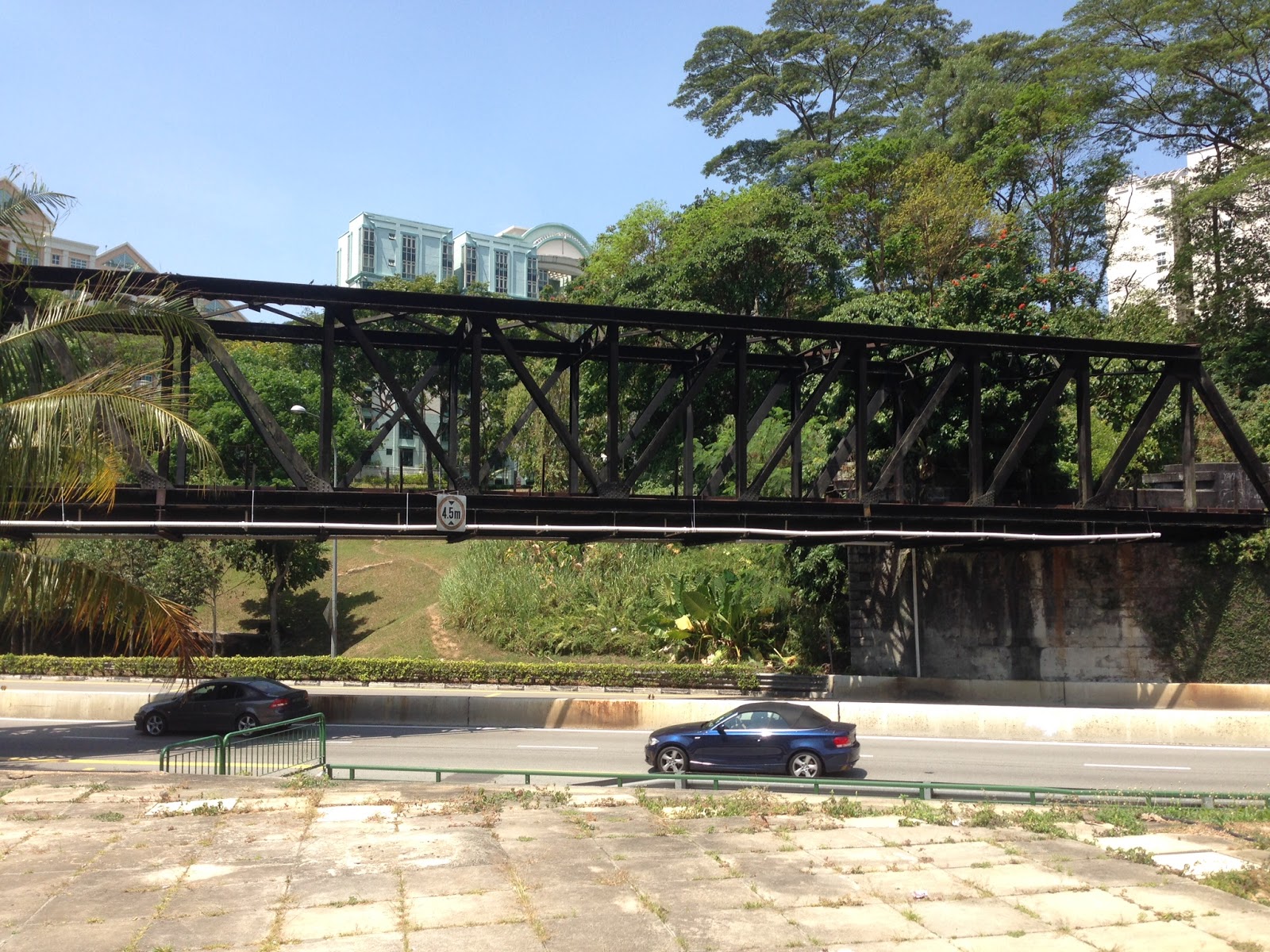 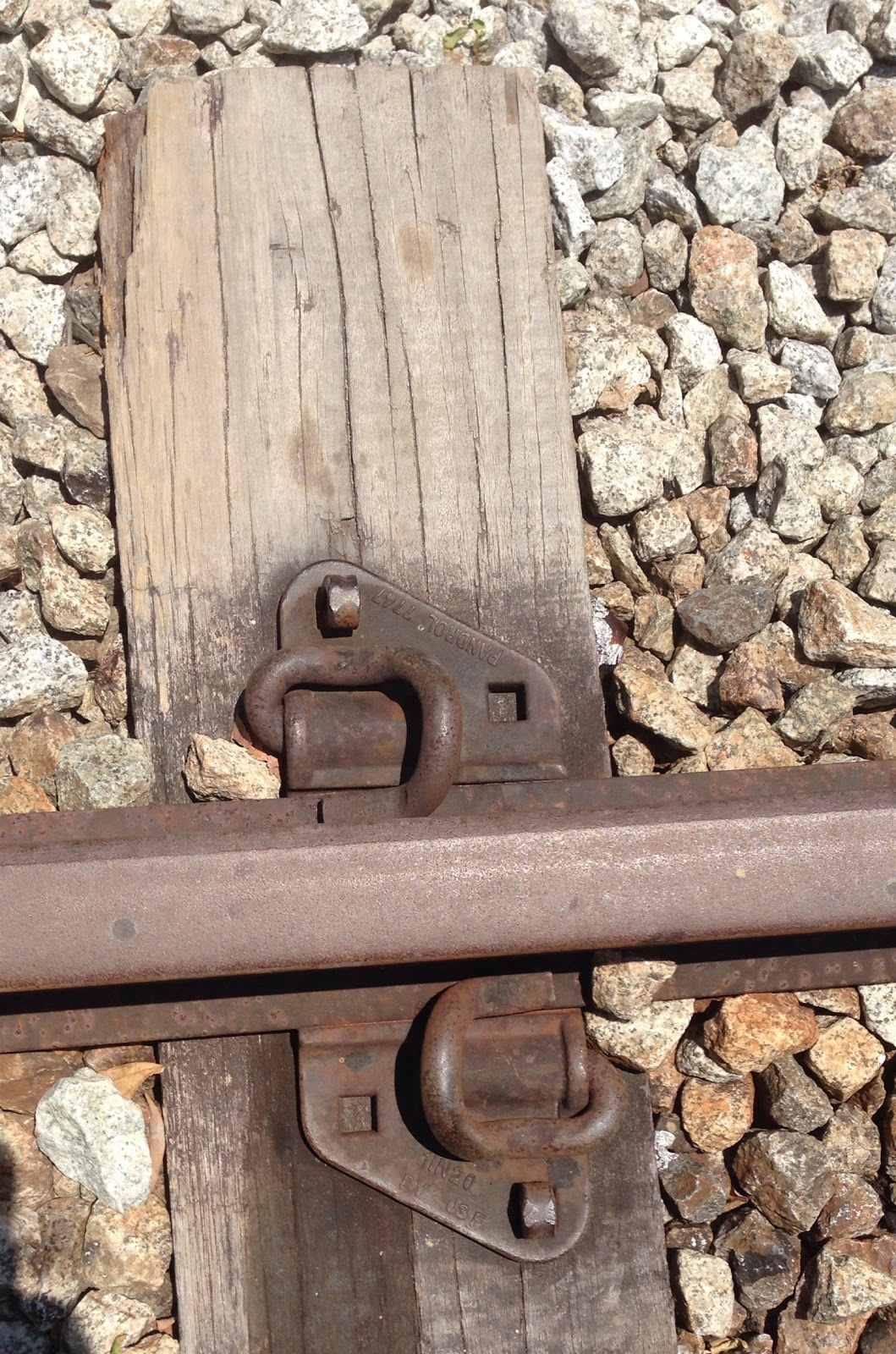 I was starting to get tired and all four of my paws were really hurting, but I was determined to make it all the way to the end of the path. As I continued on I passed a couple of canals and bridges. 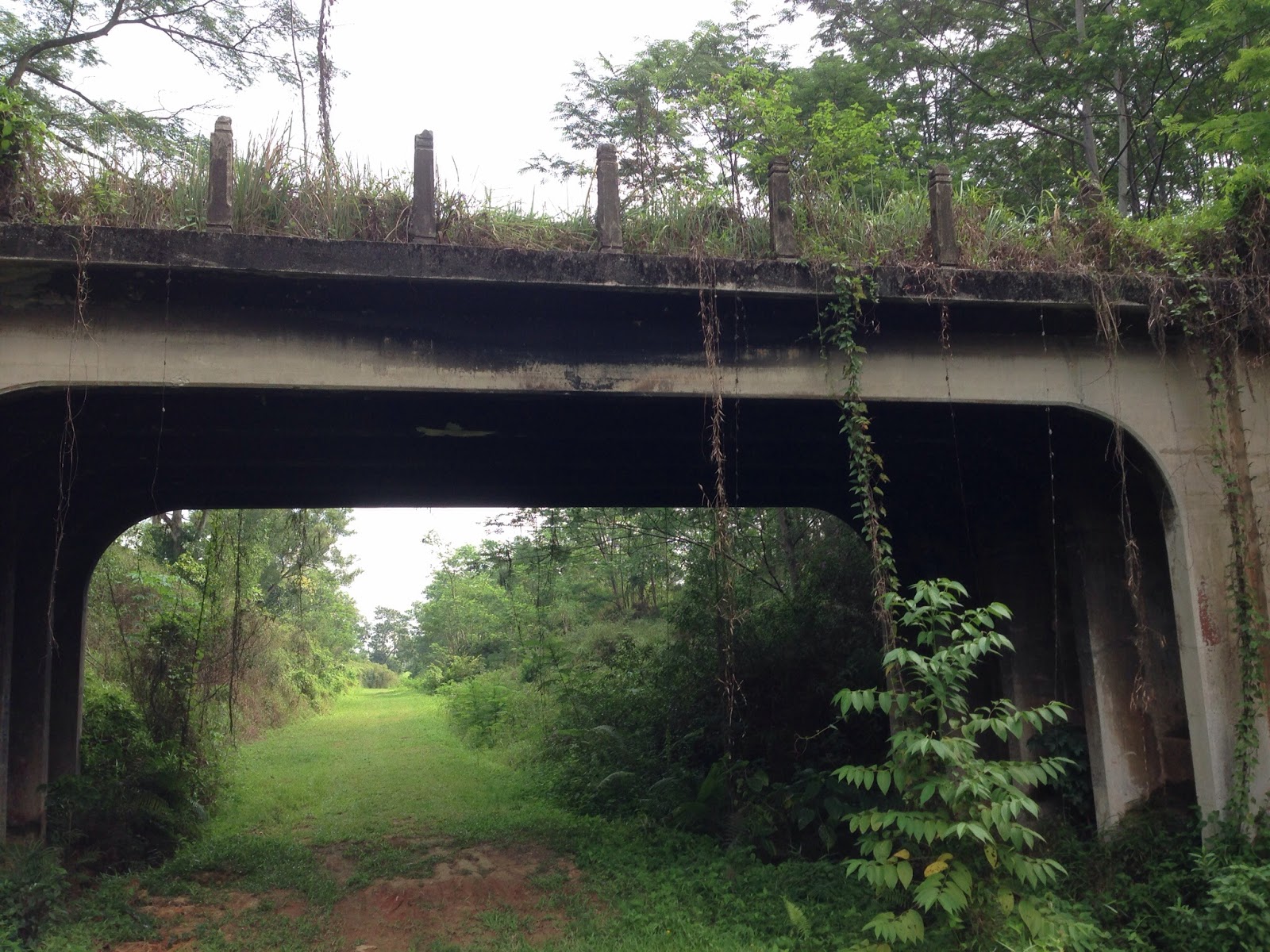 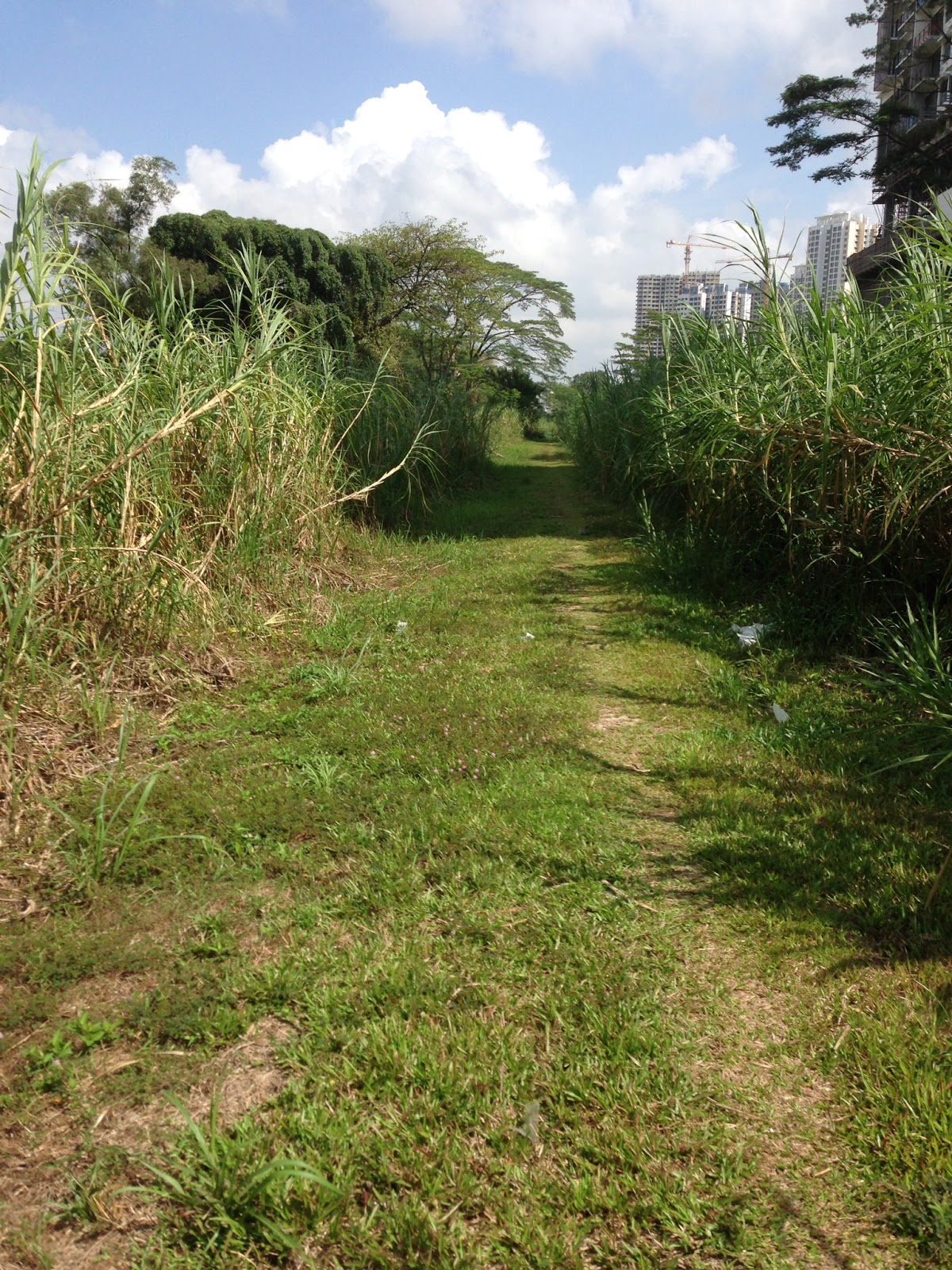 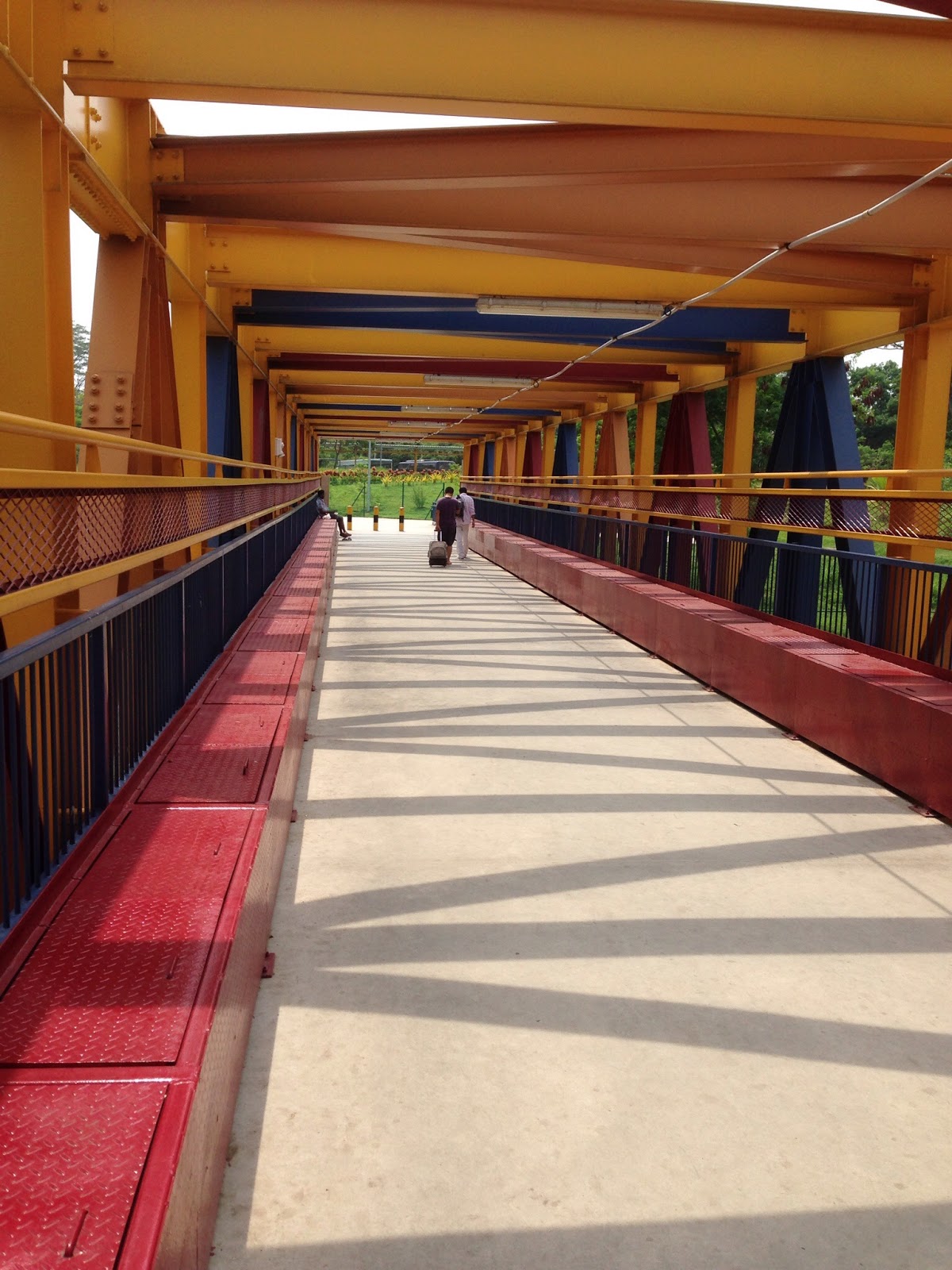 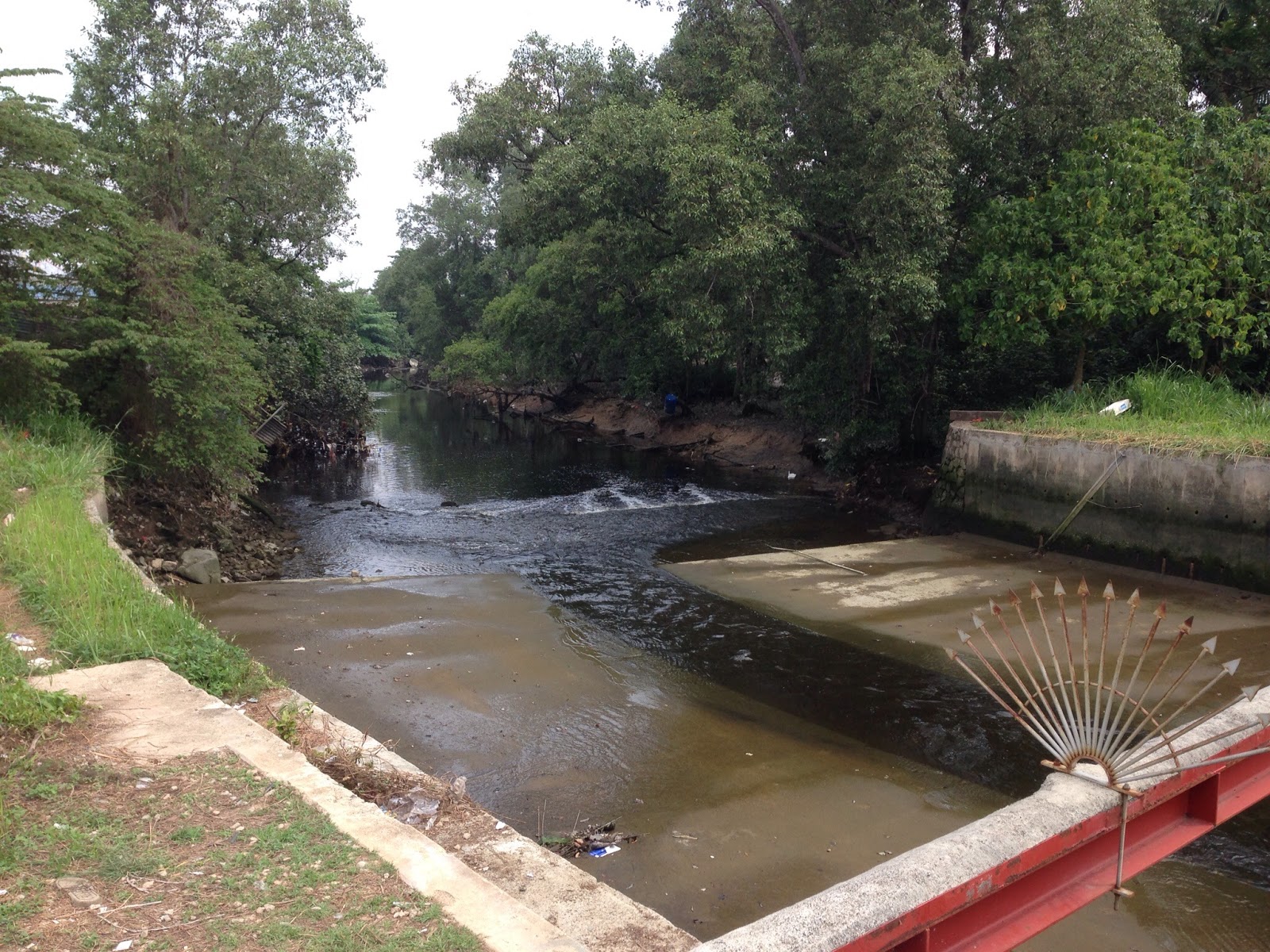 Suddenly I saw a huge grey building on my right. I recognized it as the Woodlands immigration building. I had accidentally gone through it several months ago on another of my adventures. I knew I had to be getting close to the end of the path.

Sure enough, in front of me were huge no trespassing signs and further ahead I could see the remains of the last train station on the Singapore side before arriving in Malaysia. 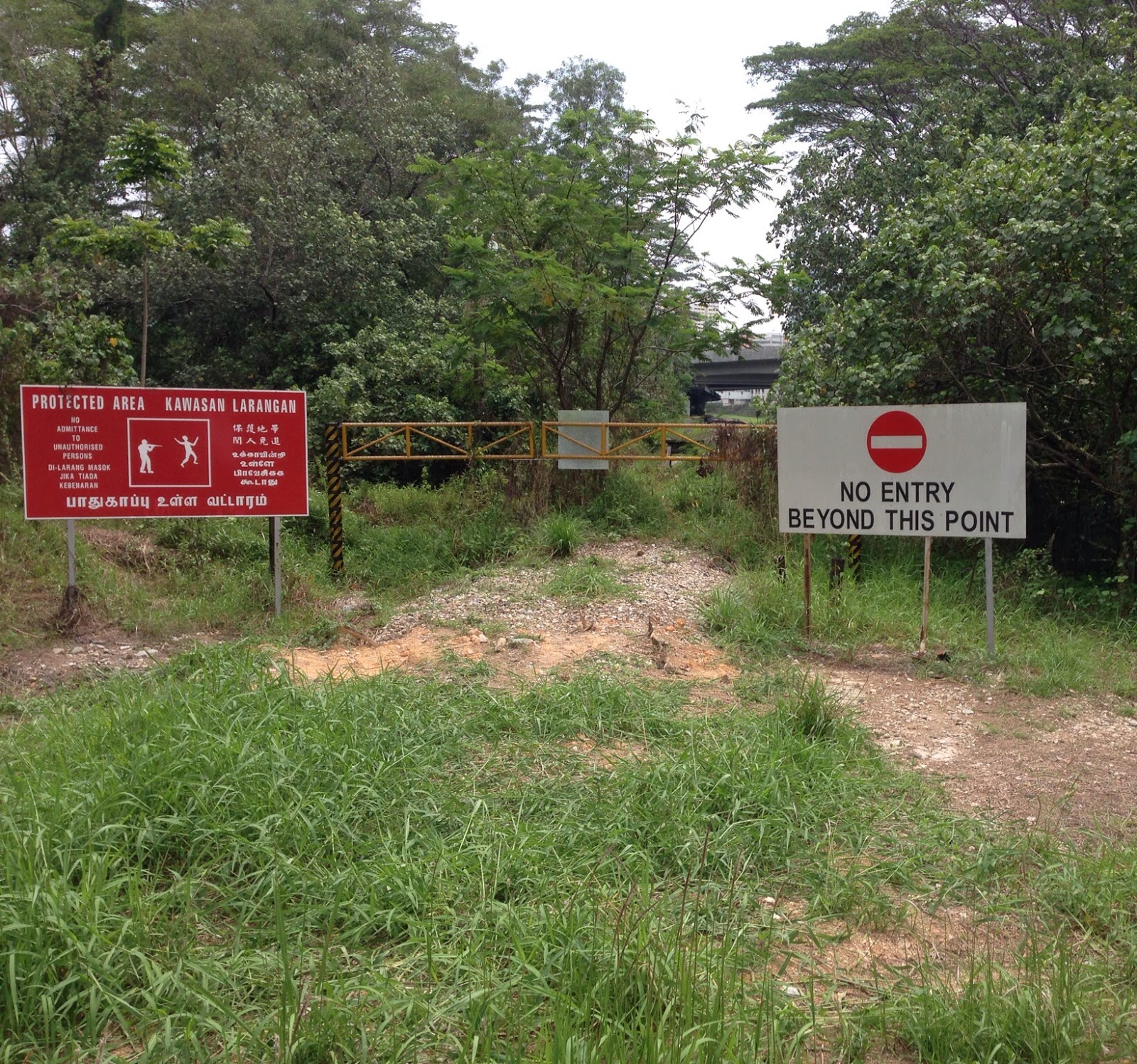 What a great day I had and what an accomplishment! I'll bet I am the only cat to walk across Singapore! When I finally got home I was exhausted, thirsty and starving.  I think my parents knew something was up since they had to fill my water and food bowls up twice that night!

Purrla Kitty
I am an orange kitty born as a feral cat in TN. My sister Samantha rescued me but her job required her to move a lot so she let me stay with her parents who are my parents now. I moved from Tennessee to Florida with my parents Robbie and Bill who then moved me to Singapore. This blog is about my move to Asia and my adventures in a new country. Follow me Twitter.com/purrlak